Clay rushed to his cruiser. He flew out of the parking lot of the station much faster than was safe, hitting the cherries and siren. Fortunately Chinatown was only about five minutes from the station. He made the turn onto I-93, while trying to figure out what the hell was going on. Logan had struggled with PTSD since his return from Afghanistan. He knew Logan got nervous around groups of people. The night he'd brought Logan home, they'd gone to dinner at what used to be their favorite restaurant. Hardly a word was spoken between them, and the entire time Logan's entire body was sprung tighter than a rattle snake coiled to strike. Last week after he'd taken Logan to the VA clinic in Dorchester to get his meds refilled they came home, and Logan enclosed himself in his room for the next two days. Clay had heard Logan scream out in his sleep at night, but since Logan seemed to resent having to live with Clay again he hadn't tried to confront him about the obvious nightmares. Sometimes it felt like those screams in the night were the only indication that Logan even lived with him. For the most part it felt as if a ghost inhabited his apartment. The only thing that Clay had gotten Logan to talk about was the cause of his sudden hearing loss. Well not so much talk as recite.

The day he picked Logan up at Fort Benning in Georgia, he was informed by Logan? in a voice with almost no emotional inflection? that an explosion caused bilateral temporal bone fractures in his head. The fractures caused him severe sensorineural hearing loss on both sides. Logan asked that if Clay had anything to say to him, Clay should make sure he speak slow and face him so Logan could read his lips. Then the stoic man had turned his back and walked to the car. Not the happy homecoming Clay had dreamed about over the years, but then again he couldn't begin to understand what Logan was going through. He made the left handed turn onto Beach St. and quickly jumped from the car. The uniforms had already arrived, their blue and white Crown Vics parked at an angle to the entrance. He showed the officer at the door his shield.

"That's my roommate in there."

"Yes Sir. The Lieutenant radioed. Go on in."

Clay stepped into the storefront and immediately was assailed by the scents of a traditional Chinese bakery. His stomach rumbled, reminding him that he'd never eaten lunch earlier. Logan sat on the floor in front of the counter. His eyes were glazed, and he made unintelligible sounds while he managed to curl his six foot three inch muscled frame into a tiny ball. His back was pressed against the counter, and his arms wrapped tight around his knees. The old lady behind the counter was yelling in Chinese, waving her arms towards the door. He had no idea what she was saying, but it probably had something to do with the disruption of their business.

"Ma'am. Please stop yelling. Give me a moment to take care of this, then your customers can come back in."

She made a frustrated gesture and spewed more rapid fire Chinese at him before turning around to go into the back room. Clay heaved a sigh and looked down at Logan, who was still locked into what was clearly a flashback. There was no recognition of his current surroundings. Clay kneeled on the floor in front Logan and placed a hand on his shin in an attempt to draw him away from the vision. The crisp hairs on Logan's leg scratched against his palm. The muscled calf was firm and warm. He wrapped his hand around it and gave a gentle squeeze.

There was no response. He squeezed a little harder. "Logan?" Nothing. He really didn't know what to do. He had no training in dealing with people locked inside their own traumatic visions. Suddenly he remembered watching a movie where some Vietnam soldier was stuck in a flashback, and they had to address him as a soldier before he came out of it. He had no idea if this would work and frankly felt a little stupid taking advice from Hollywood, but if it got Logan to snap out of it then he could get them out of here. He stood up and in his most commanding voice, making sure he yelled loud enough to compensate for Logan's hearing loss, he snapped.

The haze in Logan's eyes disappeared but he still appeared to be somewhere else.

"What the hell are you doing Callen?"

"There's nothing you can do soldier. He's gone. Fall back. That's an order."

The loud words spoken clearly in Logan's deep voice Clay hadn't heard in so long caused a ripple to cascade through his body. Clay watched as Logan's eyes slowly came into focus. Logan's body started to shake, and Clay dropped to his knees. He gathered the strong man into his arms and held him. "I've got you."

He knew Logan couldn't hear him or read his lips at the moment, but hopefully Logan felt his chest vibrating and took the sensations for the soothing they were intended to be. His hand rubbed up and down Logan's back, the shaking slowly eased. He knew this was hardly the time, but the feel of Logan in his arms nearly sent him into an altered state. Heat radiated off Logan's hard body, seeping through the light cotton T-shirt. Clay felt the muscles of Logan's back vibrating, and wished he could feel their steely strength beneath smooth bare skin. He leaned back and looked into Logan's now aware eyes.

Logan nodded. Clay helped Logan to his feet and his anxious gaze scanned the surrounding area. Clay recognized the moment Logan became aware of what had happened. His smoky blue eyes flashed sadness and resignation for a moment, before turning hard with anger. Clay didn't know if Logan was angry with himself or with Clay. 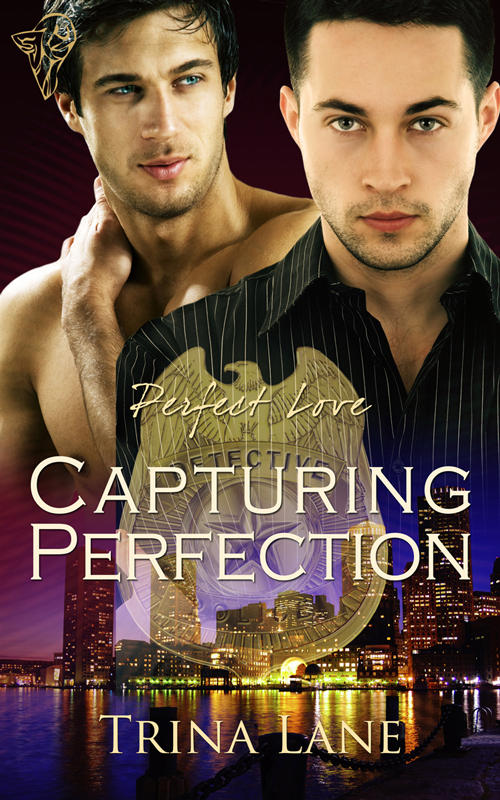