Ryan settled in the seat of Ethan's Toyota Camry coup and latched his seatbelt. The interior was spacious and well appointed. It even had one of those nifty navigation screens with all the bells and whistles. When Ethan started the ignition, loud classic rock blared through the speakers.

He jerked his hand up to the volume control. "Sorry about that. I tend to like loud music when I drive."

Ryan saw the bright whites of Ethan's smile, and it made him feel all mushy inside that he caused the man joy.

"Calleigh seems really nice, and those little boys are a riot."

"Yeah, I'd only met her tonight before the game. Rick and Conor have talked about her non-stop for the past three years, but they only solidified their union a couple of months ago."

"Mostly it was because she was grieving for her husband who was killed on active duty in Iraq. He was the boys' father, but they never knew him. As far as they're concerned, Rick and Conor are their dads."

"Did she never tell them, or are they just too young to understand?"

"I think they know superficially. Calleigh always takes them to visit his memorial on the anniversary of his death, but being only three years old I doubt it's held much meaning for them."

"So this might be a little bit of a personal question, but are Rick and Conor bi-sexual?"

"No, they only want Calleigh. Don't get me wrong. They love each other, but it's more like brothers. They've shared women since our college days and have been looking for someone to complete their triangle for several years. Their love for her has been obvious, and I was thrilled when they finally made their move."

Rick watched as Ethan expertly manoeuvred through the traffic, heading into the South End. Was Ethan going to take him home and leave, or would they have the opportunity to take their desire further? He really didn't care whose house they ended up at, as long as Ethan ended up in his arms. He grinned as they passed the turn to his place.

"You missed the turn to my loft."

He placed his hand on Ethan's thigh and slid it between his legs. The legs parted slightly giving him more room to play. "You're kidnapping me?"

"I like to think of it as pressing into service."

"And who am I going to serve?"

Ethan's eyes left the road for a few seconds, but that was all Ryan needed to see the arousal burning in their golden depths. Oh yes, he was going to have this man. He couldn't wait to feel that toned, lean body press against him. There was nothing better than the hard body of a lover arching into him as they both hurtled towards climax.

"I live to satisfy your every need."

He knew the line was cheesy, but he was having fun with the sexual banter. It helped keep his arousal in check until they reached their destination.

The promise in Ryan's deep voice caused Ethan's foot to press harder on the accelerator. His cock was so hard it pushed into the zipper of his jeans painfully. By the end of the night, he wouldn't be surprised to see little ridge impressions from the teeth. He squirmed in the seat, trying to find a position that eased some of the pressure.

Finally, they were at his apartment, and he pulled into his designated spot. He got out of the car then looked over his shoulder to see Ryan right behind him. Tensing every muscle in his body so he didn't take off for the doors at a sprint, he held out his hand to his soon-to-be lover.

They were fortunate that the elevator opened right way. They stepped inside, and once he pushed the button for the fourth floor, he found himself up against the wall with Ryan's mouth latched onto his. He opened, welcoming the thrust of Ryan's slick tongue, and moaned when Ryan cupped his ass to grind their cocks together.

He wrapped his arms around Ryan's neck, kissing him back. His tongue duelled for supremacy. He changed the angle of his head to deepen the kiss, licking into the sweet recesses of the hot mouth. He pushed against the larger man's body, and they ended up in reverse position on the opposite wall.

His skin was hot and the clothes bothersome. He wanted to feel the expanse of Ryan's bare body against him. He rubbed against Ryan as if he were a cat. He vaguely heard the ding of the elevator as it reached his floor but didn't want to break their connection. Apparently, Ryan thought the same because he pushed out against wall and spun Ethan around. Their mouths finally separated as breathing became a necessity.

"Wrap your legs around me," Ryan growled.

Ethan gave a little jump and did as told. He was amazed when Ryan lifted him so easily. Despite Ethan's leaner build, they nearly matched in height.

"Right. Last door on the left."

Ethan latched his lips onto Ryan's neck and sucked, careful not to leave a mark but making sure to get a good taste of the man he craved. His tongue licked, and his teeth nibbled on the salty skin. The lingering scent of aftershave tantalised him, and he burrowed his nose below Ryan's jaw. When they reached his doorway, he reluctantly untangled himself from Ryan's hold.

"I'll give you the tour later. My bedroom is to the right of the entrance." 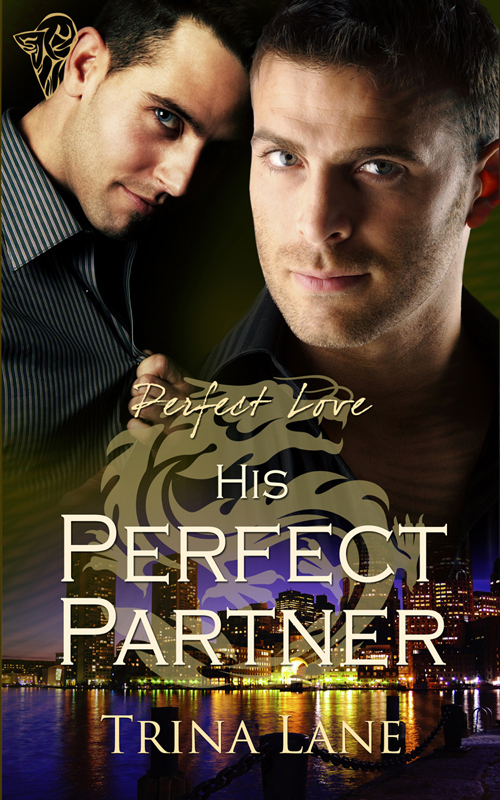