Rick paced the living room waiting for Calleigh to get home from her date. He was too keyed up to watch the late night news. Thinking about that other man touching her, holding her hand, or god forbid kissing her was driving him nuts. He heard Conor come down the stairs after checking on the boys, again. He could tell the man was just as much a wreck. As he turned to face the front windows he saw a car pull into the open spot in front of the house. Conor must have caught the direction of his gaze because he sprinted past him to peer out the curtain.

"Conor get away from there!" He said while walking that direction.

"Go and shite." He pulled the curtain back just enough to peak around the corner. "Damnu ort Bualadh craicinn Bastun!"

Rick stomped over to the window to stand behind Conor. "I have no idea what you just said, but it didn't sound pleasant. Let me see."

"The fecking gobshite is practically riding her!"

"Move Con!" He looked out the window "Goddamn fucking bastard is practically giving her a tonsillectomy!"

"That's what I said." he hissed at Rick.

"Yeah but nobody can ever understand you when you get riled up."

He pulled Conor away from the window before Calleigh caught sight of them. Only moments later he heard the key turn in the front door. He hoped like hell she wasn 't going to bring what' s his name inside. He might have a hard time restraining himself from punching the man.

"Conor get your ass over here."

He flipped on the news on and pretended to watch. Conor flopped down on the sofa just before the latched opened. He heard Calleigh say goodnight and released the breath he 'd been holding. A few seconds later she was sitting between then where she belonged, but she definitely did not have the look of a woman who' d been blissfully kissed. He did a little happy dance inside.

"How was the date?" Conor asked.

Calleigh heaved out a breath. "It was okay. He was polite. Made all the right conversation. Even kissed me, but it felt like his tongue was a tentacle. No spark, nothing. Maybe I'm not ready after all."

She looked disillusioned. Rick knew there was fire in her. It just needed the right kind of spark to ignite. He looked at Conor and saw him nod. He turned Calleigh 's head toward him. His hand tunneled in the silky mass of her honey blond hair. Her amber brown eyes darkened as he leaned his head forward. He touched their lips together for the first time. They tasted vaguely of cherry as he flicked his tongue out to taste the soft pillows. Her mouth opened and he slipped inside. Moaning at his first real taste of Calleigh.

Her mouth was sweet and welcoming. He turned his head to get a better angle, and sealed them together tighter. His mouth moved on hers in a slow rhythm. Her tongue came out to play with his. Slipping into his mouth as his retreated from hers. He was hard and aching. His hand moved lower to caress her breast only to find Conor 's already there. He pulled back and looked into her passion dazed eyes. Conor' s hand cupped her cheek and turned her head toward him.

He watched their lips meet and fuse. Their mouths were moving together in perfect synchronicity. Rick cupped her breast in his hand and molded the full mound. Her nipple was erect and stabbing his palm. He slid his other hand up underneath the hem of her dress. Touching and caressing the soft skin of her inner thigh. Her legs opened a little and he angled his fingers up to touch the edge of her panties. Skimming the fabric, but not reaching underneath. Little moans and cries were being swallowed by Conor 's mouth as he continued to lick and devour Calleigh' s plush lips.

It always made him hot to see Conor pleasuring the woman they 'd chosen to bring home, but knowing that this was Calleigh. Their Calleigh. Made the experience ten times more erotic. Conor loved to kiss. It was one of his favorite things to do to a woman. He would kiss them all over for hours, while he was more of a touch person. He loved the feel of a woman between them. Touching her skin and slipping his fingers inside her body. His cock inside the snug wet heat of a pussy or hot velvet clasp of an ass could melt his brains with pleasure. Add Conor into the mix filling the woman' s mouth or other available opening and the melt actually exploded. Hearing the screams of her pleasure echo in the room, feeling the rake of her nails down his back was the best feeling in the world. They would have that with Calleigh and they would have that soon. 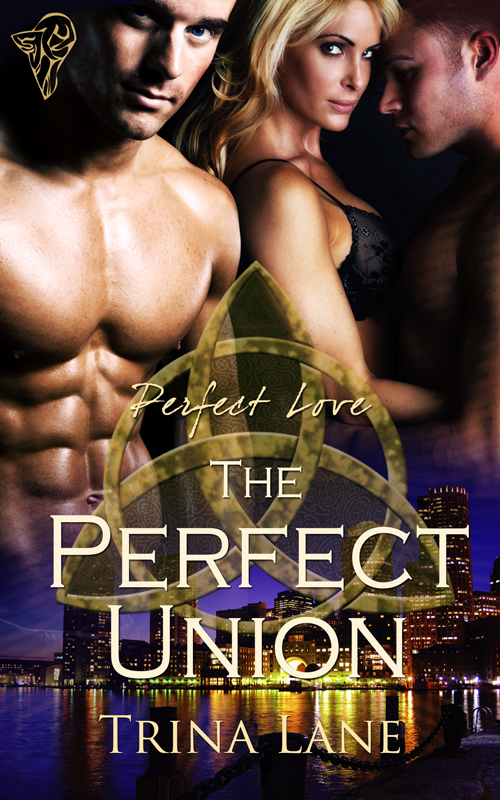