Miranda dragged the roll of packing tape across the top of the box then secured the end. She twisted and turned, looking for the roll of pink duct tape. Pink meant living room, and she knew if she waited to label the box, it would get lost and end up in storage somewhere. She could have sworn it was lying on the floor beside her a moment ago.

"Axel!" she called out, warningly. "Did you steal my tape again?"

There was a loud noise in the kitchen and Miranda rolled her eyes, not even wanting to imagine what the cause behind that sound was. She heard the click of her two year old boxer's nails on the wood floor.

Axel's head peeked around the corner of the kitchen island at the other end of the room, purloined tape clutched firmly in his jaw.

"Bring it here," she commanded, holding out her hand. Axel's head tilted as if to question what Miranda meant. "Come."

With a sigh, the all-white boxer crept towards her. But where Axel's white coat should have been there was instead a fine layer of blue fuzz. When he stopped in front of her, Miranda couldn't help but laugh at benign expression on his face. Those giant black eyes swam with innocence. She brushed at his coat. The short hair of his fur tickled her hand, and little blue puff balls filled the air.

"I don't even want to know where this came from."

Axel sat on his rear haunches and leant into Miranda's touch.

He did as ordered then lifted his head and gave Miranda a big kiss on her cheek.

"Ugh!" she cried out, wiping her cheek, then wrapped her arms around Axel's sturdy neck.

Suddenly tears leaked from the corners of Miranda's eyes. They'd spent a lot of time together like this over the last three months. One minute Miranda would be fine and the next she'd be weeping as if she were her mother watching the latest lifetime movie of the week. However, when everyone else in her life had abandoned her, Axel was never far away. Always up for a jaunt to the park to let off some steam, or simply lay on his bed while Miranda cuddled up on the couch to watch a movie or read a book.

After she'd confronted Drew about his abuse, and now a year later Miranda was finally able to admit that Drew's behaviour was abuse, his treatment of her had gotten so much worse. The malevolent whirlpool her life had become finally managed to suck her under. Months of fighting, silent treatments and every other form of verbal abuse that Drew could sling at her took its toll, and Miranda's depression hit an all time low. Low enough that even a doctor she'd only worked with a couple times asked if she was okay during one shift at the hospital.

She'd suggested to Drew that they go to marriage counselling to talk about their problems, but when he'd not shown up for their first two appointments, Miranda had apologised to the psychologist and left, more defeated than ever.

The final straw had been when Miranda had gotten a call at work from the police saying that Drew had been arrested for propositioning sex to a minor in a night club, and would she come bail him out. She'd hung up, finished her shift, gone home, packed all of Drew's clothes in his matching five piece luggage then dropped it off at the police station where he was being held. The next day she'd found an attorney and used the savings she'd been putting away for the past year to put down a deposit on the divorce proceedings. Failure or not, she couldn't take any more.

Three months later, Miranda had been driving, her mind a swirling fog of self recrimination, pain and anger after signing the final divorce papers, and had passed an animal shelter not far from her condo. There was a huge banner outside that advertised for adoptions, and in a rash but ultimately perfect decision, she decided to find a companion to take home with her.

Miranda had strolled up and down the concrete aisles, peering in the chain linked pens at all the homeless animals. A chorus of barks echoed off the concrete walls, acting as her soundtrack on the expedition. Her heart had gone out to each one, part of her wishing she could take them all home. Well, all except maybe the Brittany Spaniel doing his best to imitate the Tasmanian devil from the cartoons in the corner. She'd been about to give up, convinced that the errand was impulsive and that's why none of the animals really called to her, when her eyes landed on Axel's cage. He'd sat quietly, almost as if he'd been waiting just for her to show up. When Miranda had squatted down to his eye level, he'd tilted his head, and if dogs actually had the ability to smile, she would have suggested his jowls had spread wide from one floppy ear to the other.

He'd come home with her that day after a quick stop to the local pet store to pick up supplies and a couple toys. The moment they'd entered the condo, the atmosphere instantly felt homier than it had in the three and half years she'd lived there.

Miranda sat back and wiped her eyes. "Enough weepiness. A few more boxes and we'll be finished. Then tomorrow it's off to the spa for me and you." She rubbed the back of Axel's ears and he let out a low moan. "We have to look our best when we arrive in our new home. I think you're going to like Boston. It's a city, like Chicago. There's a huge park we can play in, and it's on the ocean so there's still water nearby. It's not the same as the lake, but I hear there's lot of stuff to do down by the harbour. Not to mention we'll probably learn all kinds of new stuff, since the city played such a big part of the country's history."

She ripped off a piece of the pink tape and stuck it on the box in front of her. Miranda looked around at the piles of cardboard surrounding her. Sadly, there wasn't much. Drew had made her get rid of most her stuff when they got married. Miranda had managed to squirrel away a few boxes of mementos from her childhood, teens and years at college. She'd kept them at a storage place not far from the house, paying each month's rent out of her allowance. Drew had never been the wiser, thank God. After Drew had moved out, she retrieved the boxes and brought them home.

Rocking back on her heels, Miranda stood with a soft groan and only one crack as she stretched her arms overhead. She walked into the kitchen and found the box of utensils that she hadn't yet sealed shut tipped over on its side, the contents spilled onto the floor. The remains of one of her kitchen towels lay shredded in a pile. That must have been the source of the blue fuzz.

"So that's what you were up to." She peered over her shoulder, knowing Axel would be right behind her. "Did you find what you were looking for?"

Axel let out a little whine, and Miranda scoffed. Axel had the I'm the adorable puppy please don't punish me routine down pat. Unfortunately she also knew-thanks to the puppy training classes they'd been to-punishing Axel now would do no good, so she cleaned up the mess and put the box on the counter so he wouldn't be able to knock it over again.

Miranda shut off the light in the kitchen, made sure that the front door was locked and sent the living room into darkness with the flick of the last switch. She headed for the bathroom off her bedroom, in need of a long hot shower to loosen up the muscles stiff from packing over the last week. Miranda tilted her head back for one last rinse from the hot water then shut off the valve. Stepping out of the shower she dried herself, using the last towel not packed away, brushed her teeth and combed out her hair. Miranda was tempted to go to bed without drying the long tresses, but knew come morning she'd regret that decision, not to mention, who wanted to snuggle up to a wet pillow? After her plain brown strands crackled with static electricity from her dryer, she slathered on a layer of lotion-the bitter Chicago winter had wreaked havoc on her skin. Finally Miranda slipped on her PJs. She'd already taken Axel out for his last potty break, so she climbed into bed. She heard Axel get settled on his big dog bed against the wall.

Tomorrow morning Miranda would pack the boxes up in her ten year old Jeep Grand Cherokee, and after her and Axel's appointments, they'd hit the road for Boston. Drew had taken all the furniture in the divorce except the bed, and Miranda had a donation company coming to pick it up in the morning. She'd sold the condo, thankfully at a profit, and after splitting the equity with Drew still had enough leftover to get her new life started in Boston. She'd flown out to Massachusetts to interview for a position at Mass General a month ago, and while there, toured a couple of apartments within her price range. She didn't plan on buying right away, not until she got a better feel for the city and its neighbourhoods. Two weeks ago, she'd gotten the call that the position was hers. She'd turned in her notice and brought home boxes that very afternoon.

After three years of dreading the next day, Miranda knew that tomorrow when she woke up it would be the beginning of a new life. One she planned on celebrating each and every day. 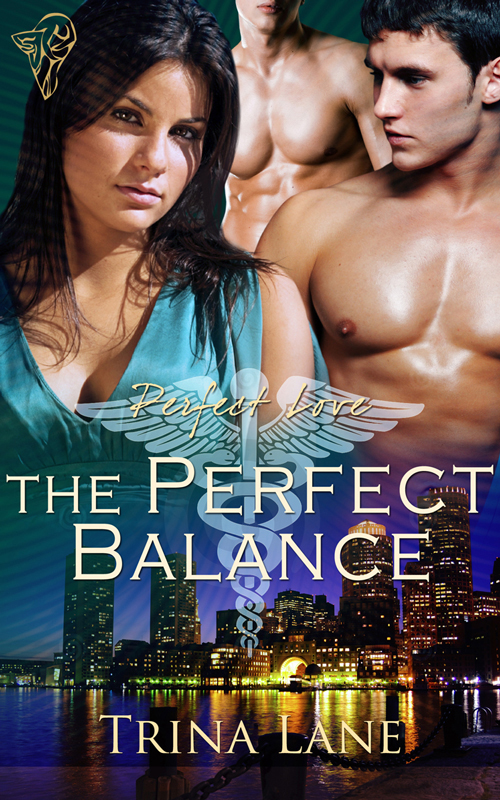