Phil met Will’s gaze as he slowly crawled up his bed partner’s body. He paused, enjoying the sensation of Will’s chest brushing against his while he caught his breath. There was something nearly hypnotic about Will’s stare. Something foreign and terrifying stirred inside him and Phil shoved those feelings into a tiny box in the back of his brain never to be explored again. He clutched the back of Will’s head and kissed him, sharing the flavor of Will’s release. Their tongues dueled, and while Will’s movements were still a bit lax from his orgasm, Phil devoured every morsel of flavor from his lover. His body still ached for release, driving him into a frenzy of need. Will cupped Phil’s ass in his large hands. Phil rubbed his cock against Will’s core, moaning in appreciation of Will’s firm squeeze since they weren’t nearly done yet.

Hmm, that’s nice. Maybe later I can get him to play there a little more. But right now….

Phil’s cock stood tall. Perching himself over Will’s stomach, Phil took his cock in hand and started to stroke. At his moan, Will’s eyes zeroed in on the action. Maybe he wasn’t quite as worn out as Phil had thought.

“If you’d given me more than a second to recover, I would have told you that I plan on returning the favor.”

Phil scooted up Will’s chest till his knees nestled under the other man’s armpits. He had no intention of turning down the offer of a hot, wet mouth wrapped around his cock. It was one of his favorite experiences. Well, that or a tight ass. Or someone else stuffing his hole, fucking him to oblivion. Never let it be said that Phil Alcorn wasn’t a versatile lover. His only requirements for adult play time included the possession of a nice firm body, great set of hands, and a dick.

“Open up,” he said, and then he took the base of his cock and aimed it down at Will’s mouth.

Will’s blue eyes shone with excitement and lust. It was exactly what Phil liked to see in his lovers. Will’s lips surrounded the head of Phil’s cock. At the first touch of tongue beneath the crown of his dick, Phil groaned. Will played with Phil’s glans, dipping the tip of his tongue into the leaking slit. He was already so close. Sucking Will off had gotten Phil hotter than a Carolina Reaper.

Phil shook his head and pressed most insistently against Will’s lips. “I’m too on edge. We hook up again, and I’ll let you play, but right now I really, really want to fuck your mouth.”

Phil wasn’t sure if it was his request of a mouth fuck or the casual remark that this might not be their last time together that made Will’s eyes widen and glass over with pleasure. Sleuthing out the answer required higher brain function than Phil had at his disposal at the moment.

Phil braced his hands on the fake headboard of the hotel bed and inched his way in, making sure to watch carefully for Will’s sign that he’d had enough. However, when Will grabbed Phil’s ass and pulled him in to the root, his brain short-circuited, and he cried out. Phil wasn’t one to boast, at least not too much, but he knew he was longer than average. Some men bragged about having a fat cock capable of stretching a body’s orifice to the max, but Phil enjoyed hearing his lovers’ praise when he fucked them deep.

He pulled his hips back, allowing Will to take a good breath, then thrust forward, groaning as he once again sank into the wet heat of Will’s mouth. In and out he moved, smooth thrusts that sent him higher and higher, racing toward climax. Will curled his fingers into the crack of Phil’s ass and played with the rim of his hole.

There was a moment of pressure, and then one of Will’s long fingers entered him. The slight burn from the dry entry wasn’t enough to keep Phil from enjoying the dual sensations of Will’s mouth and possession. He continued to fuck the slick inferno surrounding his cock. The edge of his climax grew closer, looming in the not too distant future. Phil was enjoying the journey when Will kicked the whole experience into the next gear. The suction around Phil’s cock magnified, and his hips lost their rhythm as he focused on the blinding pleasure of Will pegging his prostate.

Phil looked down to see if Will wanted his release. He was a polite lover, after all. Will pulled Phil in with his free hand as he continued to massage his gland, and Phil lost all semblance of sanity as he dropped over the cliff edge harder than Wile E. Coyote chasing the Road Runner. He spurted into Will, groaning as the man prolonged his orgasm by massaging the head of Phil’s cock with his throat. Eventually he became too sensitive and brushed the edge of Will’s lips with his thumb before retreating.

Despite the heat blowing into the hotel room from the window unit, the air was cool on his damp skin. Phil collapsed next to Will, tugging the edge of the comforter over them. He snuggled against Will’s side, sighing as Will wrapped an arm around him.

Will chuckled. He turned his head, bumped noses with Phil, and placed a soft kiss on his lips. “Isn’t that supposed to be my line?”

Phil kissed Will back. He liked Will’s kisses. More than his last few lovers. Of course, the last guy he’d slept with hadn’t kissed at all. Some stupid crap about it being too personal. Phil was a self-pronounced hedonist. He loved men. Touching, tasting, fucking, kissing—it was all part of the sensual experience. He might jump from bed to bed, but he insisted on a fully immersive experience.

Will laughed so hard the bed shook.

Phil was starting to get annoyed when Will wiped the tears of laughter from his eyes. Phil kicked away the comforter and sat up, but his escape was halted when a pair of strong arms wrapped around his chest and yanked him back. His limbs splayed, and he heard a grunt when one arm landed hard on Will’s stomach.

Will rolled them till Phil lay beneath him. Trapped between the stiff cotton sheets and Will’s hard body wasn’t necessarily a bad place to be. Will took his time settling between Phil’s spread legs, using his arms to cage Phil’s shoulders. Phil had less than a second before Will’s mouth captured his. He moaned when Will slid his tongue inside, taunting Phil with pleasure. Definitely not a bad place to be. He wrapped his arms around Will’s back and arched up, loving the feel of Will’s wide chest rubbing against his. He was so lost in the kiss that when Will pulled back, he let out a little moan of regret.

Will brushed his thumbs over Phil’s cheekbones. “You do amuse me. It was one of the things that instantly attracted me at the pool this morning. But you’re also sexy, sweet, and an amazing lover.”

Whoa. That sounds like more than ‘you’re kind of cool and a good fuck.’ Is he trying to say that he, like, likes me? Danger! Danger, Will Robinson!

Will smiled, but this time it didn’t reach his eyes, and that bothered Phil more than he expected. He tightened his hold a little bit. “I like you too, you know. If I didn’t, then I wouldn’t be here.”

Will nodded. “I realize we barely know each other. And I’ll be the first to admit that I’ve had more than my share of casual lovers in the past, but there’s something inside of me that wants to believe this is different. That we’re different.”

Phil’s heart rate jumped to ludicrous speed. He’d never done a “we” or “us.” While his friend Gabe had found his perfect man, and even as they spoke was probably wallowing in monogamous bliss, Phil had always been a Lone Ranger type. Happy to find and give physical pleasure where it suited him, but come sunrise he’d be found back in the studio with the one constant in his life that gave him unconditional joy: Art.

“You look freaked out,” Will said softly.

“A little, yeah.” No sense in lying. “I know you’re Nick’s best friend, and I’m Gabe’s. So given the fact that we’re both gay men and attracted to each other, it’s natural for us to have fallen into this situation. But Gabe will tell you—I’m not a good relationship risk. I’m flighty and casual and—”

“Loyal to your friends. Not to mention fiercely dedicated to both Cal’s swim team and your art. You can’t fool me, Phil Alcorn. I see past the surface. You’re a lot deeper than you let people give you credit for.”

He got caught up in Will’s gaze and the tiny box he shoved in the back his brain jumped around, trying to get his attention. There was a gravity in Will’s gaze that Phil hadn’t noticed from past lovers. A complexity he found attractive. One that made him almost want to experience a relationship with a man that was built on something other than sex. But he didn’t want to hurt Will. They’d be long-arm acquaintances simply because of Gabe and Nick’s relationship. And were they to actually attempt anything other than a friends with benefits arrangement then everything would inevitably go to hellfire. And, how uncomfortable would that be at times when the group got together? No, it was better to keep things simple.

Oh shit, I said that out loud?

Phil turned his head to the side. “I’m sorry. I didn’t mean to ruin things.”

Will guided Phil’s face to his. “Nothing ruined. Let me make love to you.”

Phil opened his mouth, but before he could speak Will shook his head.

Had he ever made love to another man before? What was the difference? Gabe swore to Phil, till he was about ready to kick his best friend and teammate out of their apartment, that there was a fundamental difference in the sex when you were with a person you cared about. Each kiss, each touch somehow amplified to the point that an actual orgasm was more a bonus than a necessity.

“How about it, Phil? Will you let me love every part of you? Will you give all of yourself to me, even if only for the next few hours?”

Will’s words caused the butterflies in his stomach to settle. He could handle a few hours. It was the thought of weeks and years that had sent him into panic mode. He’d revel in Will’s touch and care. Take tonight’s experiment and use it as a learning experience.

He didn’t think words were necessary. So Phil cupped the back of Will’s head and brought it down so their lips met. Will must have read Phil’s response correctly because he moaned. As if the final tumbler had fallen into place, their respective guards unlocked, and Phil found himself soaring while simultaneously clinging to the man above him. 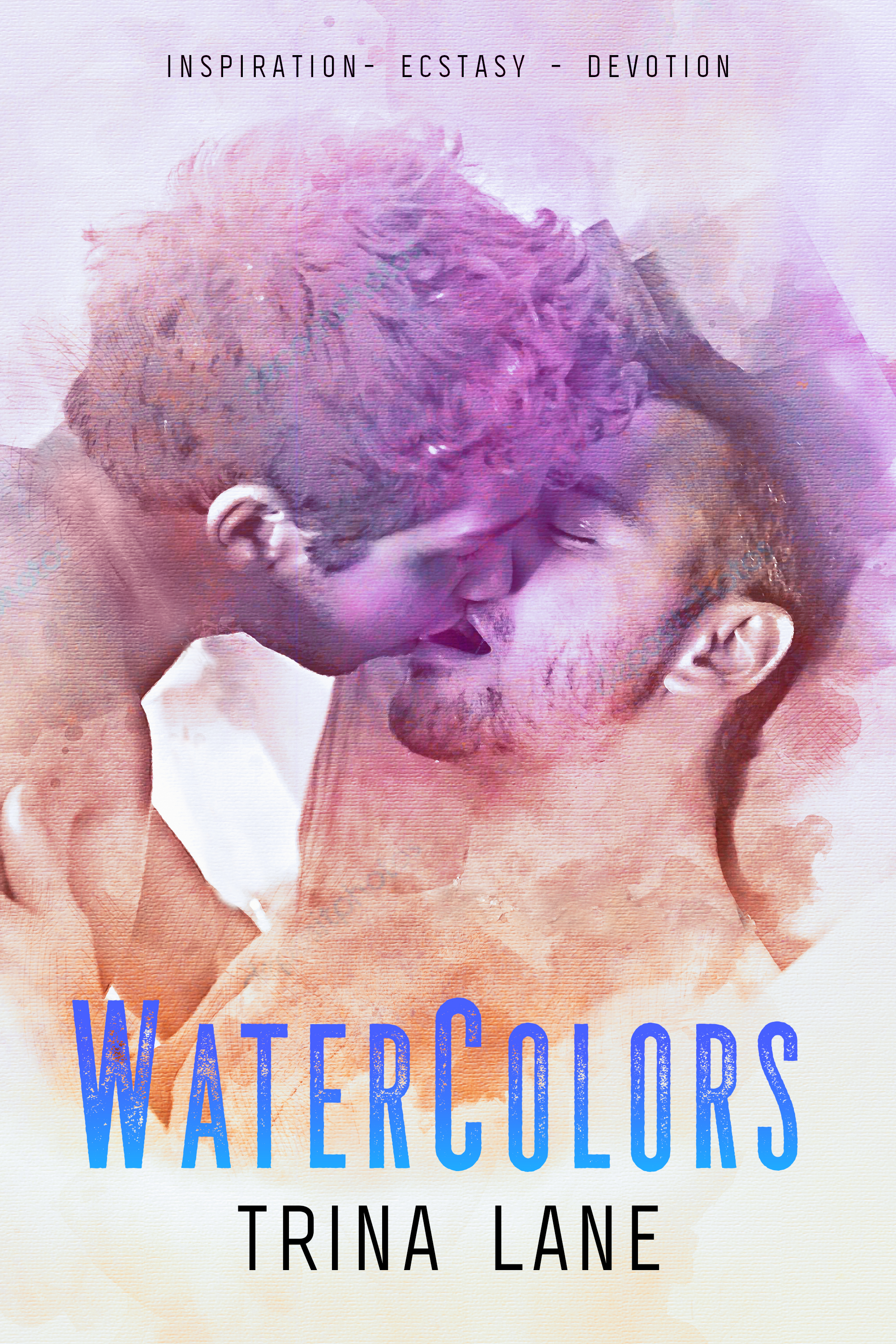