The Taste of Devotion

Darren lifted his paw and shifted it forward, mere inches from where it had started. The depth of the snow made the step more like a shuffle, but progress was progress. He was so cold that he swore the next movement would cause his muscle fibres to simply snap. Every forced step was agony, but he had to keep going. To stop meant to welcome death, and while the peaceful existence promised a respite from the cold and hunger that gnawed at his guts, Darren wasn't ready to give up. Not yet. He tucked his head down lower against the wind and took another step.

Darren had spent the last two weeks making his way south from Calgary, sneaking across the border into the United States in the land joining the Waterton Lakes National Park of Canada and Glacier National Park in Montana. He'd decided to go south when he escaped for the simple reason that north of Calgary lay Edmonton...and beyond that a whole lot of nothing. He figured if he went south he had a better chance of disappearing and still maintaining a somewhat normal existence. He'd had a few moments of freak-out when he crossed the border into the United States. He'd never been outside of Alberta, had no clear destination in mind, and since he was in wolf form had no accurate method of tracking his progress towards civilisation. Once he did get somewhere, he'd have no means of identification, no clothes, no way of providing for himself.

But there'd been no choice.

Staying in his wolf form had allowed him to cross the terrain easier than it would have been as a human, but the trek was still something that he felt belonged only in the pages of an adventure story. Then again, if he'd been in human form, he'd be dead already from the extreme cold and exposure to the elements as he trekked over the mountains.

This time alone had given him a lot of opportunity to think about what had happened. How his life had changed so drastically without warning. He thought of Andre, the only person who had ever treated him with respect, with dignity. But now Darren would never see Andre again, and it was nobody's fault but his own. Well, not really, but it felt like it. If he'd just been stronger or smarter he could have seen what was coming. Now he found himself without a home or a pack. He was a fugitive. It didn't matter if he was innocent. Pack law reigned, and pack law called for Darren's death.

Darren lifted his head and scented the air, searching for signs of inhabitants other than those belonging to the forest. All that surrounded him, though, was air redolent of pine and snow. No reassuring smells of smoke, or even lights dancing in the distance to signal he was close to civilisation. Tears borne of pain, frustration, and ultimately resignation brewed in his eyes only to be whipped away by the wind before they could form tiny teardrop icicles. He knew he needed food and rest, soon. Otherwise, he wouldn't need to worry about being caught by his former pack mates. Maybe he could find an uninhabited den to bed down for the night? Being alone he didn't think he'd able to take down one of the big game animals that inhabited the park, but he could probably scare up a hare or marten.

He came upon an outcropping of rock tucked in amidst the forest. As he got closer he whimpered as he saw that there was a narrow crevice between the stones. It was too small to be the home of a hibernating bear, but hopefully there was room at the inn. Darren stuck his muzzle into the opening and sniffed. Nobody was home. Right now this place looked as good to him as the freaking Fairmont.

He crawled inside and collapsed. Dinner would have to wait-he needed sleep.

Cooper tunnelled through the snow for several feet then popped his head up. He sneezed as some of the powder went up his nose. He spotted Shaun a few feet away and took off. The depth of the snow forced him to take pouncing leaps versus his normal quick stride. It was exhilarating, joy-inspiring...perfect. The crunch of the snow beneath his paws and the fresh air made Cooper feel alive. Cooper leapt at Shaun-the black wolf was an easy target in the white snow. Shaun was prepared for the assault and the two of them collided. Yips and barks cut through the air. Shaun jumped onto Cooper's back, causing them to roll. Shaun tried to pin him down, but they were nearly a match in size and strength. Cooper lifted himself on his hind legs and batted Shaun, who returned the half-hearted punches. There was a sharp bark and they turned to see Jaryn sitting on his haunches beside Meeghan and Nicole.

Shaun and Cooper broke away from each other and raced towards the threesome. Snow flew through the air as they headed for the rest of their group. Shaun and Cooper ran in circles around the trio. Meeghan tried to nip Shaun's tail and Nicole stuck her forepaw out to try and trip Cooper. The four of them tussled and rolled. To an unfamiliar observer their actions probably appeared as if there was a great battle being fought, but wolves would be wolves and they loved to play. For Cooper, letting his wolf out meant releasing all the stress and responsibility of his daily life. As a wolf he didn't have to worry about the sheriff's department budget or the latest batch of reports he had to turn into the state. All he had to think about was how fast he could run, how stealthily he could hunt up a snack, and, yes, how quickly he could get Shaun to submit during one of their battles. With one sharp bark Jaryn put a halt to the play.

Cooper flopped onto his back and gazed up at the sky as the colours of twilight lengthened the shadows around him. His thick fur protected him from the cold, but he knew Jaryn would start to usher them back towards the pack lodge soon. Being a wolf in the middle of winter was fine and all, but Cooper could admit it was nice knowing that there was a warm lodge with good food and drink waiting for them only a couple of miles away.

He got back over onto his feet and saw Shaun and Meeghan sitting side by side a short distance away. Meeghan was curled up next to her mate and the two of them rubbed noses and exchanged licks. Cooper turned his head in the other direction and saw Jaryn in a similar position beside his mate. Nicole had initially been human but as a result of forced genetic experiments was now as much a shifter as the rest of them. In Cooper's opinion she'd made the adjustment well. Jaryn's white face lifted to the sky, and he let out a howl. The song stirred the sense of belonging that lived in Cooper's heart as he listened to his alpha. Cooper couldn't think of a single moment in recent history that he'd felt this good. His exuberance built in his soul and he closed his eyes, tilted his head back and joined in the chorus that echoed through the valley of the mountain range. 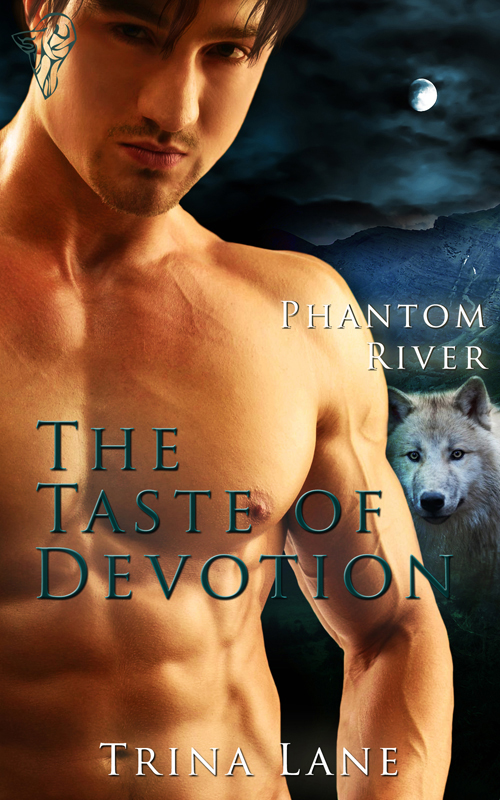