The Sound of Salvation

Charlie lay in the grass, resting his head on his hands. The blades made the soles of his feet itch, but the night air felt good on his bare skin. The stars in the black sky winked above him, and he turned his head to see the full moon staring back at him, daring him to succumb to her power.

He closed his eyes and calmed his mind. Charlie then sent his psyche on what had once been a familiar and welcoming path, but, just like every time he'd attempted to find his wolf over the last ten years, only emptiness greeted him.

His chest ached and moisture he refused to call tears gathered at the corners of his eyes. He'd already spent too many hours crying, wanting to change something that would never be changed. He'd had ten years to get used to being human-you'd think he'd have stopped blubbering about it at this point. But he'd yet to learn how to get over losing half of his soul.

His wolf had been a part of him since birth, always there in the background giving him strength and vitality. At the age of twenty-six, Charlie could now admit that he'd been a little shit-disturber as a teenager, but he'd always revered the animal inside him and had felt honoured to have such a gift. That was, until it had been ripped from him. All because of the needle that had been plunged into his veins over and over-the needle of a syringe filled with chemicals that had altered his DNA and destroyed him.

Over the years, Charlie had heard it all from his psychiatrist. It wasn't his fault. He had to embrace the grieving process-grieve for his wolf, grieve for the upheaval of his life. Well-meaning family members tried to soothe him, saying 'Things will get better' and 'You'll get over it eventually'. But none of them got it. None of them understood.

Ever since his kidnapping and torture at the hands of that psycho, Adam Broyles, he'd felt as though he were a shadow of his former self.

It most certainly didn't help that the drugs had also caused a shift in the chemical balance of his brain, resulting in him to being diagnosed as schizophrenic. There were days when he'd walk around his house searching for something, but could never remember what it was. His emotions swung violently from anger to apathy without provocation. But what really scared him was when he would find himself in town or out in the woods without recalling how he had got there or how long ago he'd left the sanctuary of his little home.

The sound of a howl came from the tree line across the meadow. Charlie didn't recognise the voice, but it sounded a little mournful. Somebody from the pack was having a bad night. He wouldn't disturb them, and he hoped whoever it was would stay on their side of the clearing. Maybe he should leave? He really didn't feel like running into a member of the pack-those situations were always awkward.

He had nothing in common with them anymore.

He sat up, looking towards the trees. He inhaled, but only the scents of nature in his immediate area were detectible. With his wolf gone he'd lost the ability to identify personal scents. It was one of the things he missed most. The calming scent of his dad, when he'd tuck Charlie in at night as a child. The nurturing scent of his mom, when he'd give her a big hug after coming home to find his favourite treat ready after school. Even his brother Jaryn's scent, which signified safety and protection to Charlie.

Another howl went up and Charlie wished he knew who it belonged to. Part of him itched with the need to offer comfort, but that would mean slipping back into the character he portrayed to the public that good old Charlie was back to normal, and frankly he was too damned tired to deal with that.

He pulled on his socks and boots then stood, brushing the loose grass and dirt off the back of his jeans. He turned to walk back towards his house but the sound of a snapping stick made him look back towards the tree line. He squinted. The shadows shifted. A breeze made the leaves in the trees rustle. Charlie turned to fully face the spot where the sound had come from.

"It's not nice to spy on people," he called out.

Nothing happened. Maybe whoever it was didn't want to be bothered either and had run off. Charlie spun back around and made his way through the meadow towards the dirt road that would take him back to his house. He'd turned a corner when a cloud passed over the moon, darkening the pack lands. He shivered and goosebumps sprouted up all along his forearms. Charlie rubbed his arms and looked around him, suddenly wary. It felt as though he was being watched.

It's nothing. Your paranoia is kicking in again. You're perfectly safe on the pack lands. Then again, you thought you were safe under the bleachers at school, too.

His pace picked up, and by the time he saw his driveway off to the right, Charlie was running at a full-out sprint. He pumped his legs harder, desperate for the safety of his home. Once inside, the security system Jaryn had installed would activate and the outside world, and everyone in it, would once again be held at bay by the stone and timber and glass.

The facial recognition scanner identified Charlie's features, and he heard the lock of his front door disengage seconds before he scrambled for the handle and shoved his way inside. He slammed the door and leaned against it, trying to catch his breath. His hands shook, and he clenched them into fists then tried to shake out the tension.

"S-secure," he stuttered to the house system.

"Structure is secure. No unauthorised entry detected since last occupation."

"Lights to level four, zones one through three."

Bright light flooded every nook and cranny of the living room, kitchen, dining room, and the hallway leading to the bedrooms. Charlie pushed away from the front door. If he didn't get to the sofa, he feared he'd collapse right there, immobile for the rest of the night. With leaden legs, he shuffled towards the couch. His energy evaporated with a couple of feet of space between him and his destination. As he fell, he managed to angle himself so that he landed on the plush cushions. His body started to shake, and he couldn't stop his teeth from clacking together.

A blast of heat from the blower within the gas fireplace washed over him, and he sighed. He pulled the blanket that was draped across the back of the sofa over him and closed his eyes. He'd rest for just a minute. It didn't usually take long after these episodes for things to equalise. He should probably get up and take his meds, but right now it required too much effort to move. He hated it when he had panic attacks. The stupidest thing could set him off, and, unfortunately, he never knew what would act as a trigger. But his home was safe. He knew that. He trusted that his brother had built him a true sanctuary-a place where all of the evil out there couldn't reach him.

Charlie's heart rate slowly reduced, and his breathing evened out. Should he call Jaryn and tell him that he'd had another attack, or should he keep it to himself? He knew that if anyone had seen him tearing ass across the pack lands, word would get back to his brother. And if Jaryn found out from another source that Charlie had had an episode, he'd have a concerned brother pounding on his front door. Charlie didn't want Jaryn to be called away from either his business or his family simply because his head had got a little scrambled. By calling, maybe he could cut trouble off at the pass. 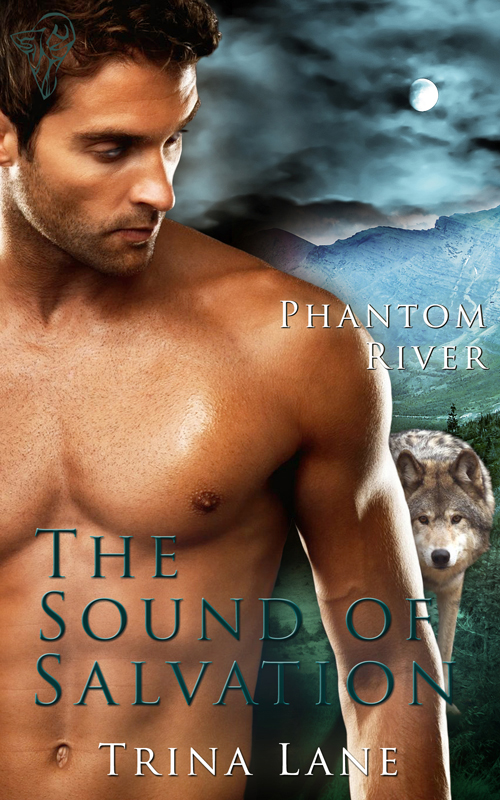